My husband tells everyone that I have every gadget that pertains to quilting (and he might be, well, nearly right). I had bought a line of fabric several months ago and wanted to do a carpenter's star with it.  I have been playing with my EQ to design it.  But I am a longarm quilter and really wanted some space to show off my quilting so I deleted the star in the middle so I would have some open space.  And then --- I bought the Accu Go Cutter and the Rose of Sharon die.  So I progressed from the open space to an applique Rose of Sharon block.  These are the EQ designs I came up with (minus the applique): 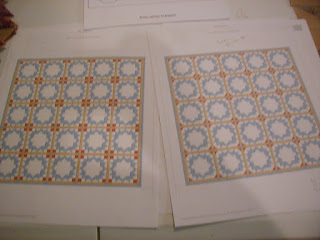 I have EQ Boutique Rose of Sharon, so I printed off 10 blocks: 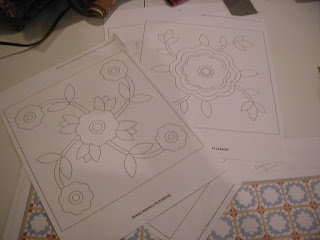 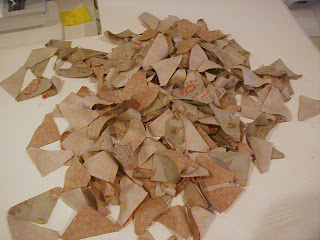 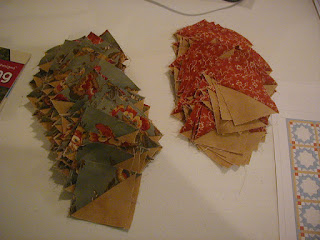 And one sample block: 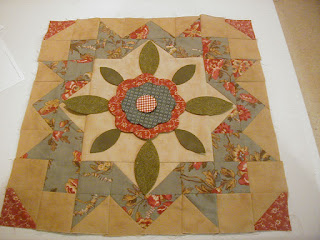 To make the appliques, I used the Go Cutter again but instead of fabric, I used this product by Ricky Tims: 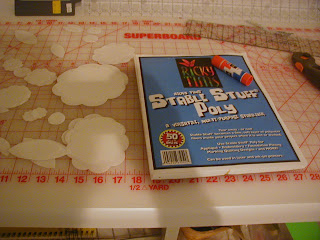 And a glue stick.  And startch.  And a small paint brush.  And the appliques were ready to be placed on the block.  I used my light box for placement: 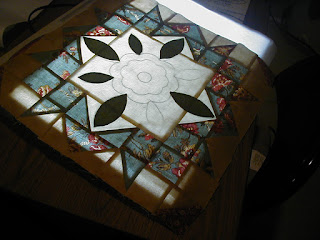